The Comic Strippers present THE IMPROVISERS 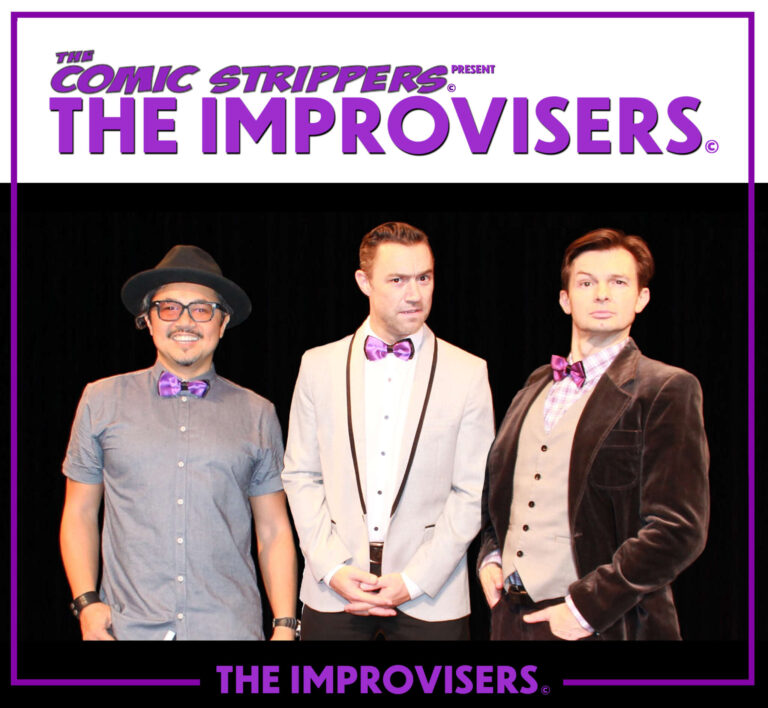 The Comic Strippers improv comedy troupe have been wowing audiences across the globe since 2011.

In this dressed up new show THE IMPROVISERS, some of Canada’s best improvisational comedians, take on your suggestions and create spontaneous comedy sketches right before your eyes. The show is a fun, variety filled, high energy comedy experience with performers who have been seen on CBC’s Just for Laughs, CTV’s Comedy Inc, NBC’s Late Friday and more.
Don’t miss this chance to see some of these award winning comedians on tour near you!