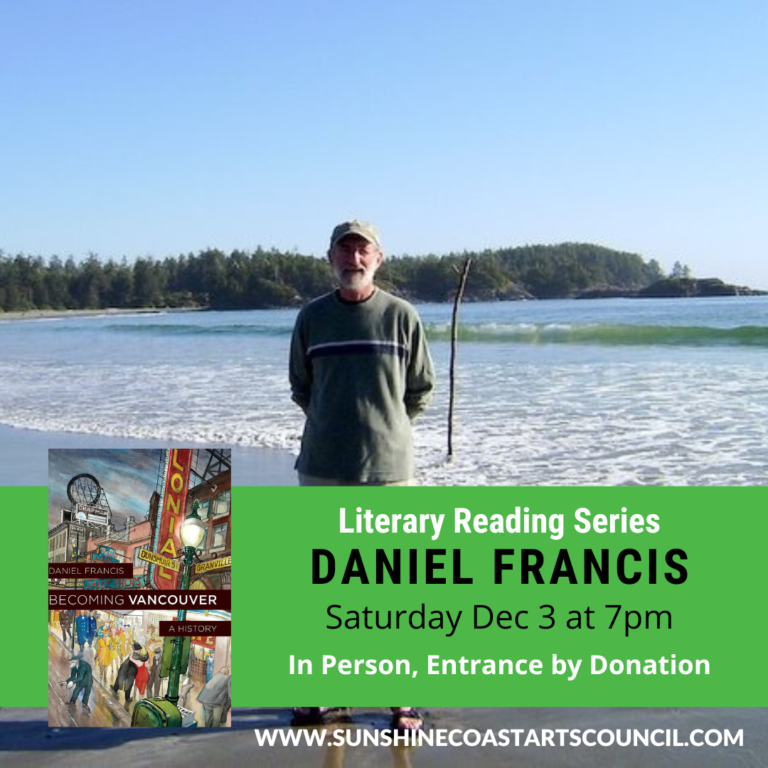 The Sunshine Coast Arts Council, under the guidance of a Literary Reading Committee, sponsors a series of readings each year. Authors make a selection to read from their texts, followed by a discussion with the audience. This will be held in person at the Arts Centre, entrance by donation.

Daniel Francis has written over thirty books, primarily about Canadian, British Columbian and Vancouver history. He has received an Award of Merit from the Vancouver Historical Society for significant contributions to the history of Vancouver and British Columbia, as well as the prestigious Pierre Berton Award—the Governor General’s History Award for Popular Media—honouring achievement in bringing Canadian history to a wider audience. He lives in North Vancouver, BC.